Competitive advantage explained through board games

Now if you are a bit into board games you may know that there are different game mechanics, for which the game develops, meaning the rules, the course of action, the scoring and more. In this article I will talk about a particular game mechanic called “workers placement” and its connection with real life business mechanics.

As first step you should make acquaintance with the definitions of worker placement:

“A worker placement game employs the allocation of a limited, personal resource that is the primary driver of action selection. This resource usually reverts back to its owner and usually blocks or raises the cost of selection for others[1].”

Yes, I had to read it twice as well, but is really simpler that it may looks. Let’s cut it into smaller chunks to ease the understanding.

Personal resource: in the game play as in real life business situations, individuals and companies own a set of resources. As example, for an individual like me or you it can be money, for a company it can be employees, factories, budgets or even time. Now, these resources are limited, thus any action boils down to the ability of individuals and companies to allocate in an effective and efficient way those personal resources. In a game play, I as a player, would spend one of my workers (meeple), one of my personal resources to perform an action in order to achieve something. A company may acquire a strategic supplier, deciding to spend money, time and people to secure such deal.

Further in the definition, it says that indeed these “personal resources are the primary driver of action selection”. Actions, both in games and real life come with a price. It is obvious that you will perform an action that your personal resources will allow to succeed. Some actions, may (seem) not to move you forward in business or in the game. I am referring to actions that perhaps are not core to your strategy, but that will allow you to accumulate more resources, to later on be able to perform actions that were precluded to you.

In a game play, I may for instance spend some of my workers to get extra coins, which will help me to buy in the market resources (not currenlty available to me) that will help me to fulfill my objective. In business, I may allocate consistent part of a budget to train my employees, whose new skills may save to my company costs in the future. By now, we all know what it means: choosing one action will likely exclude us to choose another action of let’s say the same price for that turn (or business period).

But you know what? There is a twist!

Moving down to the last bits of the definition you will read: “usually blocks or raises the cost of selection for others”. Ah-Ah!

This is the part that I think is most closely represent the reality. In 1932, British economist Lionel Robbins in his Essay on the Nature and Significance of Economic Science, defined the discipline in terms of scarcity:

“Economics is the science which studies human behavior as a relationship between ends and scarce means which have alternative uses[2].”

Following this line of thoughts you can easily recognize how scarcity of resources is the origin of what is known as competitive advantage.

Jumping back to our worker placement mechanic, we can close the circle with a final connection: by spending resources to gain other scarce resources you block competitors from having the same (or more realistically speaking, slow them down until they find an alternative, while you are getting ahead and hitting those sweets profits). During a game you will try to get valuable resources before your opponents… just like in real life companies try to develop the latest technology and be the first to put it on the market to gain precious market shares.

Nowadays, competitive advantage is also evolving to cope with increased scarcity of resources and increasing appetite of the modern customers. Many companies are stretching the definition of inimitable resources to include not only physical resources but also business relationships that vibrate their extended network.

This however, is another story… perhaps for cooperative gameplays mechanics. 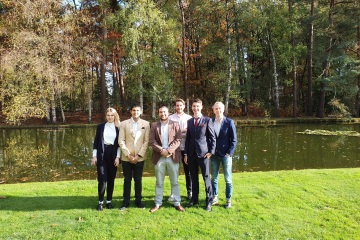 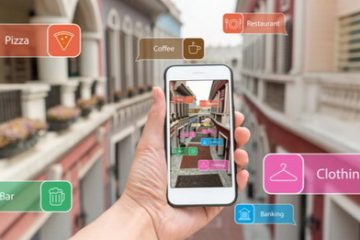