In investor watch I discuss how to make Money for starters. The concept is to continuously explore your options in the capital market. I will attempt to explain the mechanisms of the capital market. Moreover, I will also do an empirical risk benefit analysis of each of the discussed topics. Let’s start with some good news for those who have invested in Ukrainian Government Bonds, You are likely to be profitable, since the Ukrainian Government and the IMF have agreed on a three year support programming, resulting in a profitable investment!

For this week’s topic, we will discuss which stock I recommend investing. Now, I have to disclose that the stock market as of late is very volatile, meaning that there are lots of spikes in the values of your stocks, both positively and negatively related to the value. Part of this has to do with the ongoing trade wars between the US, Europe and China. This uncertainty naturally negatively affects the stock market. Yet, there are plenty of investment opportunities that mitigate set risk and continue to be profitable.

Galapagos is a Dutch-Belgium pharmaceutical company, developing a medicine against rheumatism. What makes the company so interesting is that they were founded as a start up, yet their medicine is in the Final testing phase before entering the market. But this is not all, the cherry on top is that they have partnered with Gillead. Gillead has invested a record 4 Billion USD in Cash and 1.1 Billion for nearly 10 percent of the stock. What makes the deal interesting is that Gillead, even though investing all that money, has agreed upon suspending any possible takeover attempts for the next 10 years. But that is not all, since Galagapos has more medicine that is being developed that are all on schedule according to the roadmap. To illustrate the investor confidence, last year Galapagos shares were trading around 80 Euros and presently they are trading around 190 Euros!

I do remember the good old days that Advanced Micro Devices, henceforth referred to as AMD was trading around 8 dollars, while the value is around 42 dollars. What caused this rapid growth? A big part has to do with their successful Ryzen lineup. In the CPU market, AMD was always technologically in pursuit of their Main Competitor, INTEL (NASDAQ: INTC). However, the tables have turned significantly with their 2nd generation RYZEN cpu lineup. AMD is now obliterating INTEL’s CPU lineup, being a lot faster and more energy efficient for a lower price. It has even gotten to the point that INTEL cannot compete in the high end market due to technological deficiencies. Moreover, reports show that AMDs market share is growing rapidly, with INTELs market share declining. But wait, there is more, AMD is not only making CPUs but also GPUs. Although as of late they are still heavily competing with NVIDIA, they are very successful in doing so, adding value to the shares. To round up, AMD is an investment that will increase significantly, while INTEL (INTC) is set to decrease in the future.

As mentioned above, Intel fell technologically behind their main competitor. What makes this even worse is that INTEL has a crucial shortage in chips from the get go. This problem is particularly prevalent in the Laptop market, where they are still very dominant. So even if they have orders, they are not able to supply the chips. This is why Microsoft is moving away from using INTEL products and DELL is considering lessening their dependence on INTEL. Moreover, INTEL has significantly delayed the new 10nm architecture and they are behind on their own development. Therefore the value of the stock is only set to decrease. I highly recommend selling this stock and investing the money in the above mentioned stock. 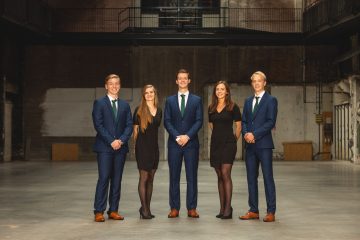 Welcome to another article on the Channels Online page. This week we want to focus on the people governing our beloved study association – Asset | Strategy & Logistics. We would like to introduce the Read more… 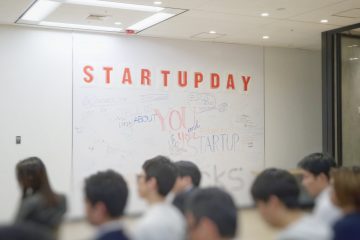 Dutch incubated startups to keep an eye on

The Dutch are well known for their innovative capabilities. In fact, the Netherlands was ranked the 4th most innovative country in the world and 2nd when measuring innovative output according to the Global Innovation Index1. Read more… 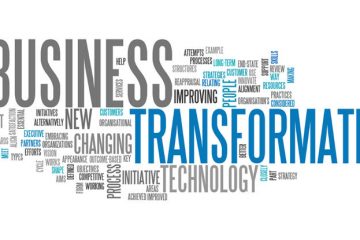 Business Transformation: Meaning behind the jargon?